Tyler Hamilton is a former professional bike racer, Olympic gold medalist, and NCAA champion. He raced professionally from 1995 to 2008 and now runs his own company, Tyler Hamilton Training LLC, in Boulder, Colorado. He lives in Missoula, Montana, with his wife, Lindsay, and his dog, Tanker. Daniel Coyle is the "New York Times "bestselling""author of "Lance Armstrong's War" and "The Talent Code." He lives with his wife and four children in Cleveland Heights, Ohio, and Homer, Alaska. 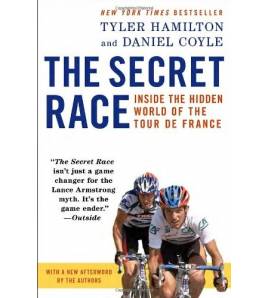 The Secret Race is the book that rocked the world of professional cycling—and exposed, at long last, the doping culture surrounding the sport and its most iconic rider, Lance Armstrong. Former Olympic gold medalist Tyler Hamilton was once one of the world’s top-ranked cyclists—and a member of Lance Armstrong’s inner circle.