Sir Bradley Wiggins grew up in Kilburn in London. He won the World Junior Pursuit title before going on to win seven Olympic medals including four golds spanning four games, and seven World Track Championship titles. In 2012 he became the first Briton to win the Tour de France. He was awarded the OBE in the 2005 New Year's honours list and the CBE in 2009, before being knighted in 2012. He currently lives in the north-west of England with his wife, Cath and their two children Ben and Isabella. 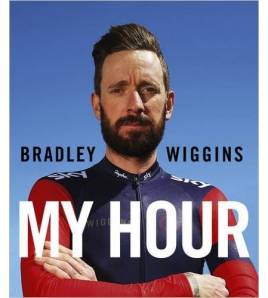 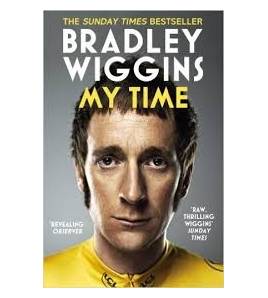 One man, one bike, one hour. The inside story of Bradley Wiggins' record-breaking ride.

A full-length, in-depth and intimate memoir by Bradley Wiggins charting his journey to become the first Briton ever to win the Tour de France and his country's most decorated Olympian.

By exploring the lives and achievements of 21 of the sport’s key figures – among them Fausto Coppi, Jacques Anquetil, Miguel Induráin and Tom Simpson – Wiggins sheds new light on what professional cycling demands of its best competitors. Icons lauds their triumphs, elucidates their demons and sheds light on the philosophy and psychology that comprise the unique mindset of a cycling champion.